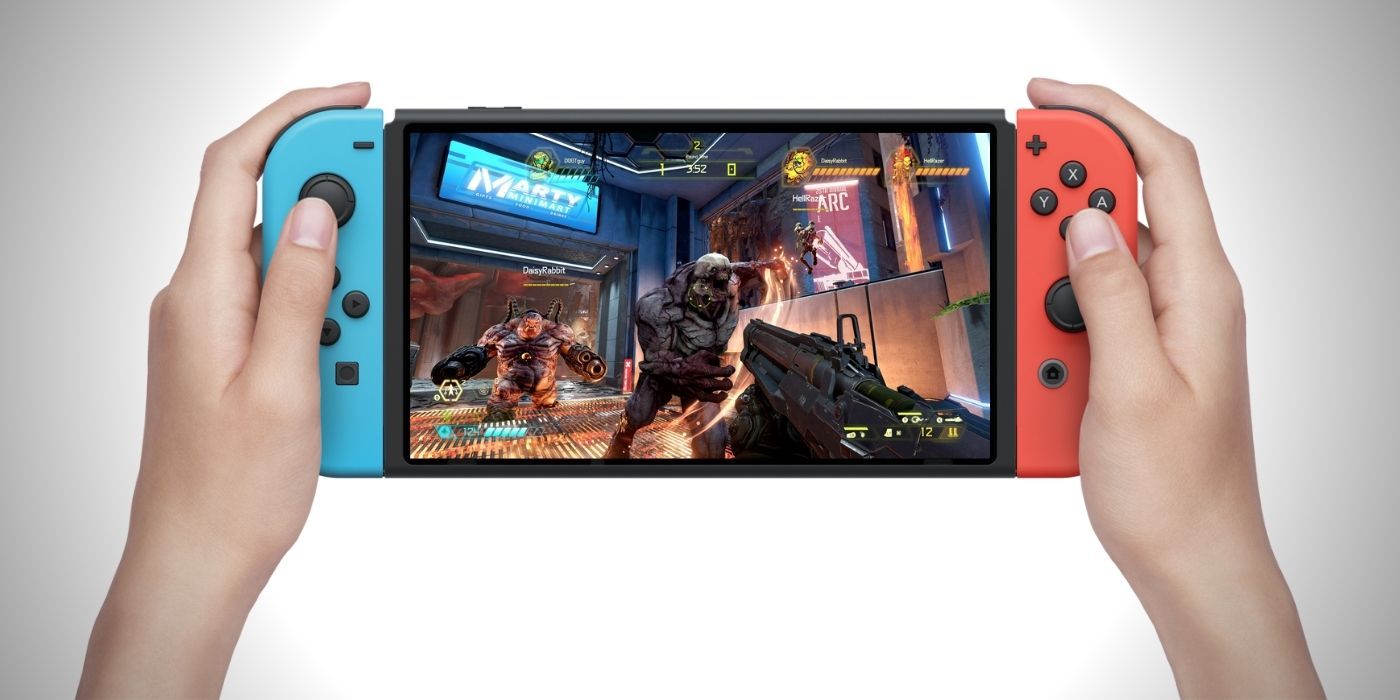 While Nintendo Switch may not have Call of Duty, there are plenty of other great options to choose from for fans of first person shooters.

The Nintendo Switch has been a runaway success for Nintendo since its initial release back in the first quarter of 2017. Kicking off its lineup of games with the critically acclaimed The Legend of Zelda: Breath of the Wild was a great start, only following that up with other hits like Super Mario Odyssey and Super Smash Bros Ultimate. With another few years still left in the Switch’s overall lifespan, certainly more great first-party titles are on the way, as well as consistent healthy third-party support.

Considering the more family-friendly image of Nintendo, it’s fair to assume that more mature or violent alternatives to the happy-go-lucky world of Mario are absent on the Nintendo Switch. Specifically, first-person shooters are among the most popular genres in the industry right now and while the Switch still lacks releases from heavy hitters like Call of Duty and Battlefield, there are plenty of alternatives to choose from. From classic franchises to indie surprises, the Switch is home to a bevy of shooters sure to please gamers on the go with an itchy trigger finger.

Kicking things off not one, but two of the most acclaimed shooters in the last few years, Doom and Doom Eternal are wildly focused on insanity and fun. Both of these titles marked a new era for the Doom franchise, emphasizing gameplay and relentless combat, ditching the more plot-driven and linear nature that shooters had taken on in years prior. These games move at a blistering pace and boast gorgeous graphics, making it a miracle they run on the tiny Switch at all. The port job done by the studio Panic Button is to be applauded, as aside from slight visual tweaks, the madness and carnage are all intact here for players to dismember the forces of evil while riding the bus.

Initially released in 2011 for PS3/360, Bulletstorm received positive enough reviews but was a commercial failure for developer Epic Games. Now, in a remastered re-release on the Switch, this underrated gem is given new life and a second chance to find an audience. The game has a unique kill system, encouraging players to get creative with how they dispose of enemies, using guns, the environment, and other objects to rack up higher scores. The bombastic nature of the game is perfect for gamers just wanting a quick, action-packed fix in between doing other things, making it a great fit for the portable nature of the Nintendo Switch.

If players are in the mood for something completely different, Superhot fits the bill and then some. Introducing a unique mechanic where the game completely slows down to a crawl if the player stops moving, Superhot has an extra layer of strategy not common in most first-person shooters. The interesting visual style is also very minimalist, with enemies clearly highlighted red in locations that are largely black and white, making for a shooter experience that is easy on the eyes despite the amount happening onscreen.

The Switch is a capable handheld, able to render huge worlds and graphically impressive games like Doom: Eternal above. However, any dreams of a possible Red Dead Redemption 2 port may be dashed away, as that’s a little too out of the realm of possibility. As an alternative for Switch owners wanting a Western-style game on the console, Call of Juarez: Gunslinger is a rootin’ tootin’ good time. Although the fourth game in the series isn’t narratively tied to past events, so new players can jump right in without the fear of being confused. Also, shooting stuff feels really good, which is always a must for this genre.

Last but not least is the Borderlands: Legendary Collection, a trio of games in the popular looter shooter franchise all in one place and ready to be enjoyed. The quick pace to the gameplay and emphasis on pillaging environments for extra loot and goodies means that gamers can enjoy these titles for quite some time, adding plenty of value to this package. It also doesn’t hurt that the Borderlands series supports a robust multiplayer component, allowing for even more mayhem for gamers that want to enjoy the experience together.

MORE: The Legend of Zelda: Skyward Sword HD: Every Weapon, Item & Upgrade (& Where To Find Them)

Fallout 4: 10 Secret Side Quests Everyone Missed & How To Start Them