It’s been a super-busy month if you like to follow the exploits of the billions of private space companies all competing in a very niche space-race.

At the age of 82, ex-NASA pilot Wally Funk finally managed to reach space thanks to an invitation by Amazon founder Jeff Bezos and his team at Blue Origin. Meanwhile, businessman Sir Richard Branson was already celebrating his successful flight in his Virgin Galactic craft a few days prior.

In China and parts of Northern Europe, a series of devastating floods have caused chaos and loss of life in a number of countries, and wildfires and drought continue to affect the United States.

So join us as we tell the story of July in science images.

This photograph taken on 1 July 2021, shows “Pazzi”, a pizza-making robot at work in a restaurant in Paris, France. Photo by Bertand Guay/AFP/Getty Images

Wild fires burn out of control

Burning areas of the southeastern flank of the Tennant Fire in California, United States, on 4 July 2021. The fire began burning on 24 June 2021 and spread across 24,752 acres by the time this photo was taken. Photo by Neal Waters/Anadolu Agency/Getty Images

A woman photographed standing on the edge of Lake Urmia, on the 6 July 2021. The lake, one of the biggest saltwater lakes in the world, is located in the northwest of Iran. It is facing threats of drying up due to drought which has been affecting the whole country. Photo by Fatemeh Bahrami/Anadolu Agency/Getty Images

Somewhere over the rainbows

A double rainbow appears in the sky over Cangwu County on 7 July 2021 in Wuzhou, Guangxi Zhuang Autonomous Region of China. Slight Heat, the 11th solar term in the Chinese lunar calendar, fell on 7 July this year. Photo by VCG/Getty Image

A young hedgehog is cared for by the Suer family, one of seven hedgehogs they found in their garden. Father Kasim Suer, a stable-hand at a horse racing track, found the hedgehogs and decided to adopt them all after discovering that their mother had been killed on a nearby road. Photographed in the Cinar district of Diyarbakir, Turkey, on 7 July 2021. Photo by Bestami Bodruk/Anadolu Agency/Getty Images

A woman waves to a real-time video portal connecting the cities of Lublin and Vilnius at the Lithuanian square on 7 July 2021 in Lublin, Poland. The virtual bridge, brainchild of Benediktas Gylys, President of the Benediktas Gylys Foundation, allows people from the Lithuanian capital to interact with passersby at the other end of the portal, located more than 550 km away. In the future, there are plans to also build portals connecting Vilnius to Reykjavik, Icland and London, UK. Photo by Omar Marques/Anadolu Agency/Getty Images

An oriental dwarf kingfisher perched on a tree branch with a kill in its mouth to feed the new-born babies, taken on 7 July 2021 in Mumbai, India. These birds are the most colourful birds found in India and are endemic to the western ghats. Photo by Pratik Chorge/Hindustan Times/Getty Images

Salt of the Earth

An aerial view of evaporation ponds at a salt factory on 8 July 2021 in Leqing, Wenzhou City, Zhejiang Province of China. Photo by Cai Kuanyuan/VCG/Getty Images

Multiple flight spraying trials with agricultural unmanned aerial vehicles (ZIHA) are carried out by TARNET, an affiliate of the Agricultural Credit Cooperatives in Samsun, Turkey, on 10 July 2021. Photo by Ilyas Gun/Anadolu Agency/Getty Images

A diver experiences Deep Dive Dubai, in the United Arab Emirates, on 10 July 2021. Reaching down 60m, it’s the deepest manmade pool in the world, and even features a “sunken city” for divers to explore. Photo by Giuseppe Cacace/AFP/Getty Images

One small step for Richard

A Virgin Galactic vessel named Unity, carrying its creator Sir Richard Branson, is pictured above the Earth on 11 July 2021 as it rose to a height of 85km. Sir Richard later described the flight as the “experience of a lifetime” after safety landing back at Spaceport America in New Mexico, United States. Photo by Virgin Galactic/Anadolu Agency/Getty Images

See some more of our great image sets here:

One we made earlier

Her Majesty the Queen of the Netherlands, Máxima is seen opening the world’s first 3D printed steel bridge in the city of Amsterdam, The Netherlands, on the 15 July 2021. The futuristic multi award-winning bridge, designed by Joris Laarman Lab, has been placed over one of the oldest canals in Amsterdam. MX3D, a company based in the Netherlands, kicked off this project in 2015 when it proposed producing a metal bridge with its state-of-the-art robotic 3D printing technology. Photo by Adriaan deGroot

A view of devastated area after a severe rainstorm and flash floods hit western states of Rhineland-Palatinate and North Rhine-Westphalia, on 16 July 2021, in Ahrweiler and Sinzig districts of Rhineland-Palatinate, Germany. The death toll from Germany’s worst floods in more than 200 years rose to 103, while search and rescue works continued in the area. Photo by Abdulhamid Hosbas/Anadolu Agency/Getty Images

Reaching for the stars

A detailed view of the CST-100 Starliner spacecraft shows one of the glass windows with a protective covering outside their Commercial Cargo and Processing Facility in the pre-dawn hours at the Kennedy Space Center in Cape Canaveral, Florida, USA, on 17 July 2021, ahead of its scheduled launch on July 30. Photo by Gregg Newton/AFP/Getty Images

Lava flows down Mount Merapi, Indonesia’s most active volcano, as seen from Sleman in Yogyakarta on 18 July 2021. Photo by Agung Supriyanto/AFP/Getty Images

Wally Funk receives astronaut wings from Blue Origin’s Jeff Ashby, a former Space Shuttle commander, after her flight on Blue Origin’s New Shepard into space on 20 July 2021 in Van Horn, Texas, USA. Ms. Funk and the crew that flew with her were the first human spaceflight for the company. Photo by Joe Raedle/Getty Images

A rainbow shines behind homes on a hillside during the western drought on 20 July 2021 in St. George, Utah, USA. An approximately 140-mile water pipeline is proposed to bring additional water from the Colorado River and Lake Powell in Arizona to communities in southern Utah. Photo by Patrick T Fallon/AFP/Getty Images

Aerial view of the Chankillo Solar Observatory near Casma, Peru, on 22 July 2021. Chankillo, the oldest solar observatory in America from between 500 and 200 BC, is a stone complex that includes a temple, plaza and 13 towers lined from north to south along the crest of a hill. Dedicated to the cult of the Sun, it served to indicate with great accuracy the solstices, equinoxes and a series of dates throughout the year, based on the solar position. Photo by Janine Costa/AFP/Getty Images

A basketball-playing robot named CUE plays basketball during half-time of the Men’s Preliminary Round Group B game between the United States and France on 25 July 2021, during Tokyo 2020 Olympic Games at Saitama Super Arena. Toyota has created a 6-foot-10-inch basketball-shooting robot named Cue that uses sensors on its torso to judge the distance and angle of the basket and uses motorised arms and knees to execute set shots. Photo by Thomas Coex/AFP/Getty Images

A fire train sprays water along railroad tracks during the Dixie fire in unincorporated Plumas County, USA, on 26 July 2021. The Dixie fire had burnt more than 190,000 acres and continued to edge closer to more residential communities. Photo by Josh Edelson/AFP/Getty Images

An aerial view of a graveyard of mostly unused plug-in electric vehicles in Hangzhou city in east China’s Zhejiang province, Wednesday 28 July 2021. Several such graveyards have been reported recently, probably due to the hefty governmental subsidies on plug-in cars in the past. Photo by Feature China/Barcroft Media/Getty Images 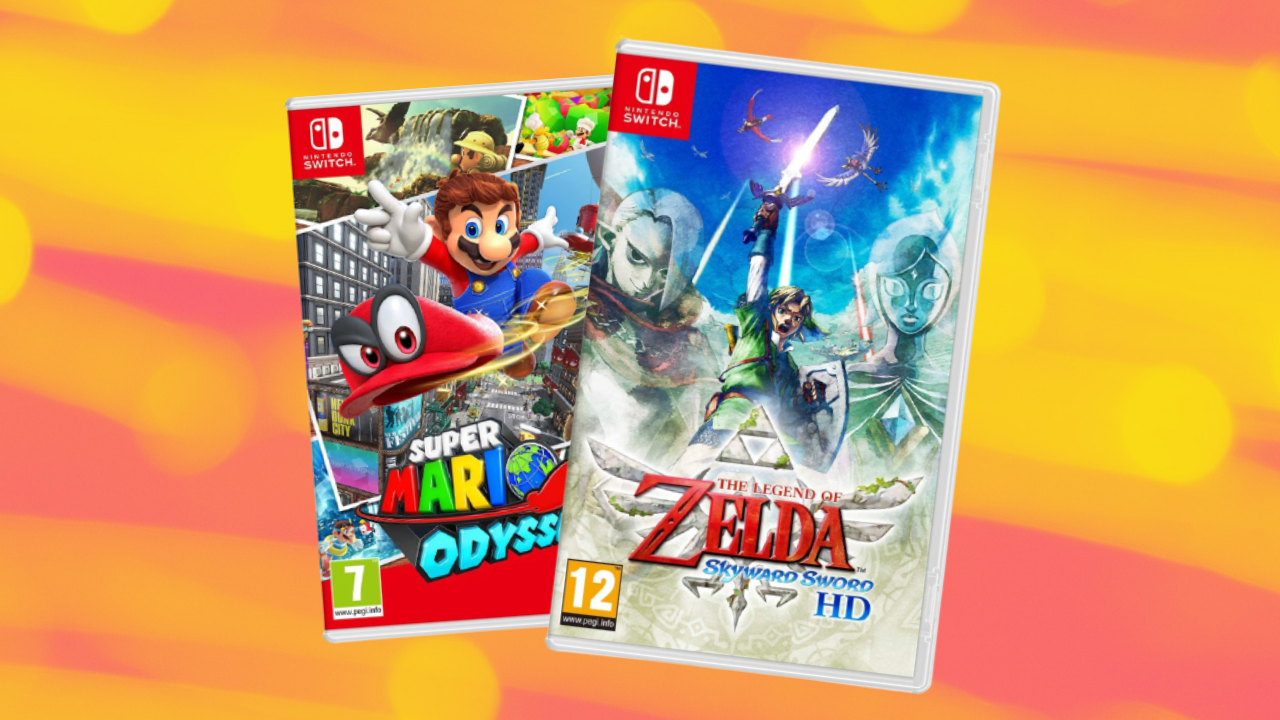